Changing the Face of Engineering: A Roadmap for Black Students and Mentors

Willie Pearson Jr.’s groundbreaking 2015 book, Changing the Face of Engineering: The African American Experience, is the culmination of a conversation that took place nearly 25 years ago.

At that time, Pearson and his colleague John Brooks Slaughter observed that African Americans were vastly underrepresented in the field of engineering, and they lamented the lack of scholarly publications examining the topic. Pearson and Slaughter sought to explore the issue further, but were too consumed with administrative and national advisory committee duties to take on the task.

Slaughter went on to serve as the first African American director of the National Science Foundation, chancellor of the University of Maryland, and president of Occidental College. Pearson published influential research in sociology of science, and became a lifetime National Associate of the National Academies of Science, Engineering and Medicine and an American Association for the Advancement of Science Fellow in the Social, Behavioral, and Economic Sciences. 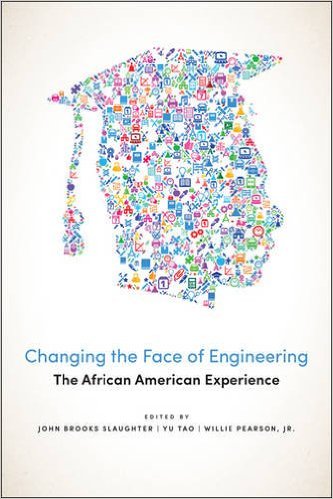 When Pearson, a professor in the Ivan Allen College School of History and Sociology, and Slaughter, a professor at the University of Southern California, revisited the issue years later, they were surprised to find that scholarly publications on the African American experience in engineering remained meager.

“Nothing had changed since we first started talking about the project,” Pearson said. “We conducted a thorough review of the literature and found nothing.”

This is remarkable considering emphases on diversity in the STEM fields and that demand for engineers in the U.S. is at an all-time high.

Pearson and Slaughter finally found time to address the void in scholarship and worked in collaboration with Yu Tao, an assistant professor at Stevens Institute of Technology (and alumna of the doctoral program in the School of History and Sociology) to chronicle the history and current state of African American participation in engineering. The result is a wide-ranging, landmark history of African Americans in the field of engineering — Changing the Face of Engineering: The African American Experience. Published in 2015 by John Hopkins University Press, the book is already in its second printing. Pearson said, “It’s a seminal book, but we are delighted that it’s been reprinted so quickly.”

Barriers for diversifying the homegrown engineering workforce have been amplified by a lack of scholarship on the issue. Pearson outlined the editors’ threefold purpose for the book: making the case for diversity, documenting success in graduating African American engineers in the face of discouragement or efforts to prevent them from entering the field, and proposing workable solutions to increase the number of African Americans in the engineering profession.

“Our goal is to enrich and enlarge the American engineering workforce by improving opportunities for all underrepresented students.”

The Past Informs the Present 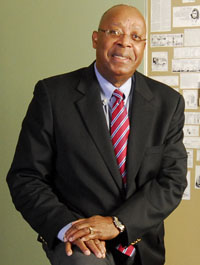 Changing the Face of Engineering stands as the first compilation of interdisciplinary research demonstrating and documenting the underrepresentation of black engineers both nationally and globally. Pearson and Slaughter selected 24 contributing scholars to introduce perspectives from academia and industry. They utilize statistical analyses and personal narratives to argue that the continued underrepresentation of African Americans in engineering limits American innovation in the global marketplace.

The book reaches beyond data to function as a resource and guidebook for aspiring black engineers.

“There has been more focus on black inventors,” Pearson said. “Some scholars tend to conflate science and engineering and even from a social perspective, more scholarly social science work has been on science than engineering. This book alters that landscape.”

By including information about schools, pre-college programs, and engineering education, Changing the Face of Engineering provides a detailed roadmap for pursuing an engineering career. Pearson, Slaughter, and Tao and their contributing scholars seek to inspire the next generation of African American engineers by tracing the historical and contemporary contributions of African Americans to the field and by encouraging students to recognize the benefits of working as an engineer. 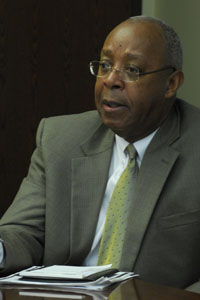 Pearson asserts that the underrepresentation of African Americans in engineering is the product of a dearth of resources and mentorship for black students. He believes that while government support of math and science education is important for comcbatting that, many predominately African American communities still struggle to prepare aspiring engineers for success.

“The problem is that we have a disproportionate amount of the population that’s not proficient in math or science or writing or reading,” Pearson said. “At historically black colleges and universities, for example, enrollments are declining and those enrollments aren’t being picked up by majority schools. So, there’s the potential that the representation of blacks in engineering may drop even further unless there’s more effort at all types of institutions.”

With this book, Pearson, his co-editors, and chapter authors seek to engage a pathway so more black Americans can be prepared for the field by the time they reach college. Pearson says that this kind of rigorous interdisciplinary research on the issue will spur change and highlights mentorship systems as vital to changing the situation:

“You don’t have to be black to produce a black engineer. I wouldn’t be sitting here if I had to rely on a black sociologist of science,” said Pearson, who is African American. “None of my mentors were black; they were mostly white men and women.”

“You don’t have to look the same as the student to have an impact,” he continued. “You do, however, have to have commitment and passion and believe that all students are capable of becoming engineers if given the proper support and encouragement.”
Above photo: John Brooks Slaughter

Developing a Discourse; Offering a Roadmap 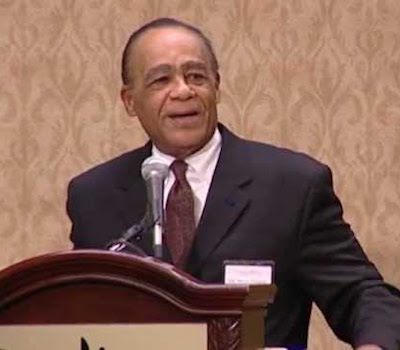 The issues explored in Changing the Face of Engineering are considered critical to America’s ability to remain competitive in economic and technological arenas by such thought leaders as the President’s Council of Advisors on Science and Technology (PCAST). The book’s rollout at a workshop in 2015 was funded by the prestigious Alfred P. Sloan Foundation, whose mission encompasses efforts to diversify engineering. Selected papers from the workshop are being presented at the 2017 annual meeting of the American Society of Engineering Educators in a special symposium honoring the contributions of John B. Slaughter to the engineering profession. These papers are expected to influence policy.

The book itself achieves academic diversity through contributors that include two former university presidents, as well as other distinguished scholars who are members of the National Academies of Science. It also stands as testament to the leadership of Georgia Tech faculty in promoting academic diversity and equity through their research. Several chapters in the book are authored by Pearson’s colleagues at Georgia Tech including Cheryl Leggon, associate professor in the Ivan Allen College School of Public Policy, as well as non-faculty contributor Sybrina Atwaters, assistant director, OMED: Educational Services in Institute Diversity. Former Georgia Tech colleagues also contributed to the book: Gilda Barabino, now dean of the College of Engineering at CUNY and John D. Leonard II, now executive associate dean in the College of Engineering at Virginia Commonwealth University.

Through its second printing, the book will soon reach an even wider audience of engineering leaders in academia and industry. Defense contractor Northrup Grumman bought 200 copies of the book following its initial release.

Advancing Women in Science and Other Underrepresented Groups 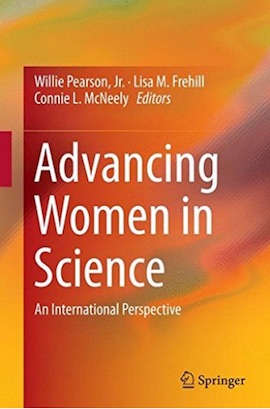 Pearson’s interest in diversifying STEM goes beyond African Americans and engineering. His book Advancing Women in Science: An International Perspective, co-edited with Lisa M. Frehill and Connie L. McNeely, was also published in 2015 (Springer). Women in Science investigates how gendered societal relations, globalization, and other forces impact the relative position of women scientists within national and international labor markets. The book presents case studies pertaining to women in various STEM disciplines, and it argues that a systematic solution is needed to build a more inclusive and productive scientific workforce.

In the coming years, Pearson plans to begin researching other groups who are underrepresented in engineering fields, such as Hispanics and first-generation American students. He believes deeply that anyone has the potential to become a champion of science or engineering.

“Everyone has enormous potential, sometimes he or she just needs someone to value and believe in him or her,” Pearson said.

Pearson tells the story of how his longtime friend John Books Slaughter told him that the first African American engineer he ever saw “was when I looked in the mirror.” Through their friendship and distinguished scholarship, they hope to help create a future where all aspiring engineers, regardless of their identities, will have access to mentors and resources that put them on a path toward success.

Willie Pearson, Jr. Ph.D. is a professor in the Ivan Allen College School of History and Sociology whose particular research is in the sociology of science and sociology of the family. Throughout his career he has received research grants from the National Science Foundation (NSF), National Endowment for the Humanities, Sloan Foundation, and the Department of Justice. In addition to these accomplishments, he has won several awards, such as the Southern Illinois University’s College of Liberal Arts Alumni Achievement Award (1993) and was designated a lifetime National Associate of the National Academies in 2001. Today, Dr. Pearson is as prolific as ever, his most recent publications include Changing the Face of Engineering and Advancing Women in Science, both explorations of the unequal landscape of the Science and Engineering fields.