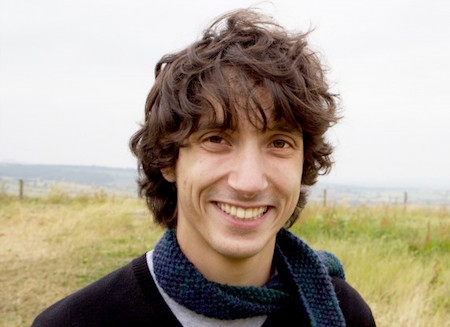 As a program manager (PM) on the PowerPoint team, I do a little bit of everything: user research, designing features, prototyping new apps, prioritizing bugs. PMs have to be good communicators; we make sure our engineers, visual designers, marketers, and researchers are all working toward the same goals. Most of all, PMs are the voice of the users inside Microsoft. Our job is to make sure we build something that people want, need, and are able to use.

One of my friends from Georgia Tech is even on the same team with me here. We worked on projects in and out of class at Tech, starting as freshmen, and now we’re working on projects together at Microsoft! It’s a lot of fun.

The Best of Both Worlds

My Ivan Allen College education has been hugely helpful outside of the classroom. My multi-disciplinary background in technology, programming, design, and media theory is the reason I got both my internships (at EA and Microsoft) and my current job (also at Microsoft). My day-to-day job is to bridge the technical and nontechnical at Microsoft, helping figure out how technical decisions will impact the subjective experiences of users and how the needs of users should guide the nitty-gritty technical details. In both my internships and my job, I’ve had to solve complex problems on the fly, where there is no obvious “right” answer, something my Ivan Allen College education has prepared me for.

My first internship was with Electronic Arts — the video game company that makes the Madden football games, Plants vs. Zombies, the Sims, and many other games. In my interview, I briefly mentioned Scott McCloud’s book “Understanding Comics” and ended up in a long conversation with my interviewer about media theory and the history of comic books! In fact, it turned out my interviewer (and, subsequently, manager) used to draw for Marvel and DC before he moved to the video game world. We read McCloud in my Intro to Computational Media class. It just goes to show that you never know what bit of knowledge from school will prove useful. 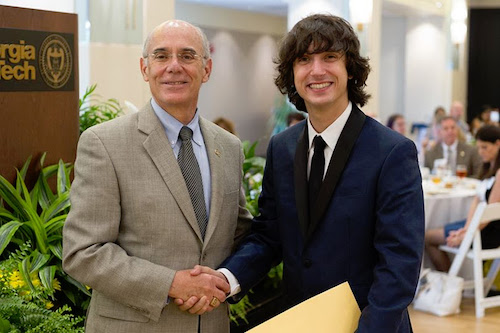 The Love Family Foundation Scholarship is the highest award a senior graduating from Georgia Tech can receive. Winning was a surprise and a huge honor. In applying for the award, I emphasized that my primary work (in and out of class) at Tech was to create art across a variety of mediums and technologies. These included fiction, Twitter bots, radio dramas, video games, essays, costumes, arcade cabinets, and simulations.

I believe the core of my education in both the Ivan Allen College of Liberal Arts and the College of Computing was learning how to recognize the expressive potential of different technologies, from the written word to computer code. Winning the award felt like a recognition of the importance of all the creative work happening on Tech's campus—not just my own work, but the work of all the friends I collaborated with on the projects listed above, and all my peers in Computational Media and beyond.

One of my favorite projects at Tech was producing a series of original radio dramas for WREK radio. Working with the staff of the Sci Fi Lab (Georgia Tech's science fiction talk show), I got to be part of the whole process of creating a radio play from writing, to casting, to editing, and finally to airing the dramas on 91.1 FM. My favorite memory from that project was crowding the whole cast of the show into WREK's small recording studio to raucously sing the theme song for our show.

Find like-minded friends and work on creative projects outside of class. There’s nothing more fun and educational (not to mention good for your resume) than working with friends to make something cool! Even when you fail, you learn important things. I once spent a year working with four friends on a video game that we never finished, but we all learned a lot about how to better manage projects. Three out of those four people are at Microsoft now, and the fourth is getting a Ph.D. at Tech!