Matt Cox wants to change the world. But first, the Georgia Institute of Technology alumni is working on changing the city of Atlanta.

Cox (Ph.D. Public Policy, 2014) is the founder of energy policy consulting firm The Greenlink Group. The company is playing a major role in the city’s ambitious effort to transition the entire city — from the tiniest lightbulb to the world’s busiest airport — to 100 percent renewable energy by 2035.

It’s an outsized goal, but one goal Cox has been preparing to take on since he was an undergraduate at the University of Dayton, where an advanced ecology class set him on the path to becoming a data-driven advocate for clean energy.

“The whole thing was how humans are screwing everything up,” he said. Here’s soil. Here are all the ways we’re messing that up. Now air. Here’s all the ways that’s a disaster.”

“Ninety percent of the people in the class would leave depressed,” Cox said. “Ten percent would leave with their head on fire. I was almost always in that 10 percent.”

Today, Cox runs a company that boasts an AI-driven modeling platform that can produce an hour-by-hour simulation of the energy grid with astonishing accuracy.

While other models routinely run annual errors of 8 percent to 15 percent, Cox said, ATHENIA clocks in as accurate to within 0.1 percent on average, when compared to historical data.

“I think Matt’s modeling is perhaps the only one that I know of that can get to that level of accuracy and detail that resonates with local decision makers,” said Kimi Narita, the deputy director of the City Energy Project for the Natural Resources Defense Council. 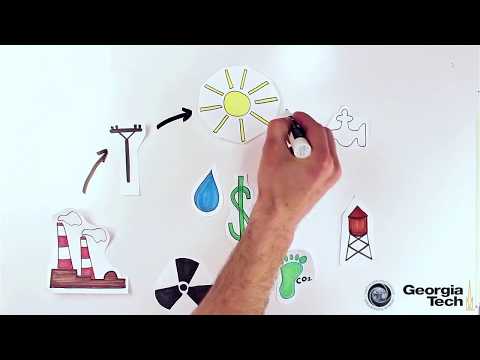 Cox was interested in energy demand and efficiency, Golin was looking into water use aspects of energy consumption, and Sun was focused on solar energy.

Concerned that existing models didn’t accurately characterize the benefits and costs of renewable energy to the power grid he decided to try building a new model.

“It was just really clear these models did not have the resolution required to really understand what it would mean economically to allow more distributed technologies to come online,” he said.

The result was ATHENIA.

Named after the Greek god of wisdom, with an added “I” to differentiate from the plethora of companies and products already called “Athena,” the program uses a machine-learning algorithm to model the energy grid from both the supply side and the demand side. 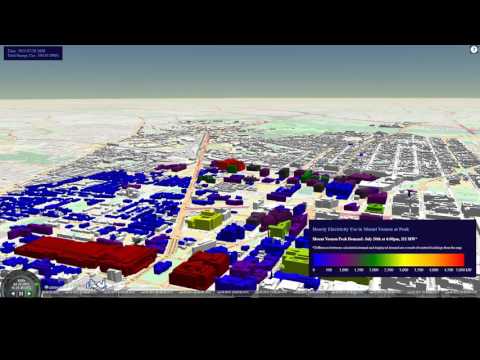 ATHENIA is capable of taking 50,000 data points from every power generating unit in the country, including details on weather, fuel price information and other factors. It can also capture the impact of energy efficiency programs, as well as the impact of various scenarios on public health and the environment.

It can, Cox says, track the impact on energy use — and the change in water needed to produce that energy — made by changing out a single traditional shower head with a low-flow model.

Because it deals in so much data, once set to run, it can take two days to return an answer, Cox said.

Cox and Golin founded Greenlink in 2015 after Golin won $10,000 in a poster competition at the 2014 Clean Energy Education & Empowerment Awards sponsored by the Massachusetts Institute of Technology.

Golin who left Greenlink in May 2017 for a job with the environmental advocacy group Vote Solar, used the money to get Greenlink set up as a corporation. They scored an early success with their first customer, the Southern Environmental Law Center.

The group wanted Greenlink’s help proving the benefits to the South Carolina Public Service Commission of new legislation requiring utility companies to increase the amount of energy generated by renewable sources, like solar, wind, or biomass.

“We showed that when accounting for the timing of solar generation, the cost of operating the utility system as a whole declined, as did customer bills, producing lower power bills for the average customer in South Carolina,” Cox said, “We also showed net benefits of about $2 billion to the state and a societal benefit-cost ratio of about 4.5 to one. So basically, it was good economically for the consumer and for society.”

Greenlink since has been involved in numerous other projects across the Southeast. Now, it is helping lead the city of Atlanta’s ambitious effort to convert to 100% clean energy for municipal operations by 2025, and for all energy users by 2035.

The Atlanta City Council adopted the plan in 2017, pledging a mix of wind and solar power, energy efficiency improvements and other methods to meet the goal. That includes the power needs of the city-owned Hartsfield-Jackson International Airport, which Cox said consumes somewhere between 310,000 MWh and 340,000 MWh each year — enough to power more than 28,000 homes for a year.

The company has helped provide stakeholders with detailed data about the impact of various policy choices, coming up with about 40 options to help the city get where it wants to go, Cox said.

Environmental advocates like the NRDC’s Narita say Greenlink’s ability to provide everyone from residents to policymakers with eye-opening, highly-accurate details on energy use can be a game-changer.

“Greenlink has great potential to move the entire environmental field forward when it comes to being able to holistically view the impacts and opportunities that our work can provide,” she said.

Efficiency Gets a Seat at the ‘Big Boy Table’

Traditionally, the models used by utility planners have incorporated all sorts of variables — including things like plant construction costs, fuel costs, economic growth, and environmental regulations — in determining how to meet future power needs. But they haven’t given as much attention to energy efficiency.

The process usually goes something like this: Planners use broad economic factors to determine how much electricity will be needed over the next few decades. They add in a fixed amount of efficiency improvements, then run a model to decide what kind of power plant they need to build to best meet the needs they have predicted.

ATHENIA is different in that it puts efficiency improvements on the same level as new power plants in deciding how best to meet future demand. Instead of building a new plant, the model might find that scaling up energy efficiency efforts could replace the need for a new plant altogether.

I think it’s important because it’s creating the next generation of leaders who are grounded broadly enough to direct the future of companies and agencies because they have that technical background and then the understanding of how public policies are shaped.

— Marilyn Brown, on the interdiscipliary nature of classes in the Ivan Allen College of Liberal Arts

‘Creating the Next Generation of Leaders’

ATHENIA, and more broadly Greenlink, are a particularly public examples of the quality of work being done by students and faculty in the Environment and Energy Policy concentration at the School of Public Policy, and more broadly in the Ivan Allen College of Liberal Arts.

Numerous graduates work in government agencies, but Cox is one of the few who’s set out to start a company from scratch, according to Brown.

One key attribute of the program is that students benefit from myriad opportunities to work with colleagues in engineering and computer science domains at Georgia Tech.

“The classes that I teach at the graduate level are very interdisciplinary,” Brown said. “I have fewer public policy students than I have engineering students.”

Not only do Public Policy students gain exposure to the work of computing and engineering colleagues, they also may find inspiration in the work of fellow students in disciplines such as international affairs, economics, sociology and other fields.

That kind of interdisciplinary exposure — a hallmark of Georgia Tech’s Ivan Allen College — gives students in the School a unique perspective, she said.

“I think it’s important because it’s creating the next generation of leaders who are grounded broadly enough to direct the future of companies and agencies because they have that technical background and then the understanding of how public policies are shaped,” Brown said.