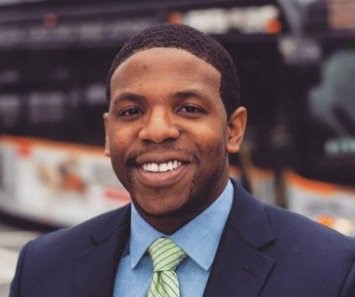 A Passion for Energy Solutions

Ultimately, I think that the most interesting thing about my path to NRG is that, in hindsight, it was greatly influenced by experiences that I had well before I knew anything about the company at all. I’ve been fortunate enough to do a considerable amount of traveling outside of the United States in the last few years, and the one thing that I’ve found to be consistent across geographies is that the access (or the lack of access in many cases) to reliable and affordable sources of energy is one of the most important factors related to a nation’s potential for economic development. As such, I’ve made it a personal mission to be on the front lines of industry actively seeking new ways to make use of energy and technology as springboards for economic growth. After surveying a number of potential employers after graduation, NRG stood out to me as a company that was not just “talking the talk,” but most certainly “walking the walk” in this respect, working both domestically and abroad to position itself as a true leader in a very dynamic industry.

Prior to transitioning to my current role, I was an analyst as a part of what is now NRG’s Sustainable Products team, working to facilitate the implementation of renewable energy projects for Fortune 500 customers with expressed long-term sustainability goals. This role required both knowledge of technology trends in the marketplace, as well as the ability to translate customer energy goals into realistic action plans, and I think that these skill sets have really helped to position me to perform well in my role today. 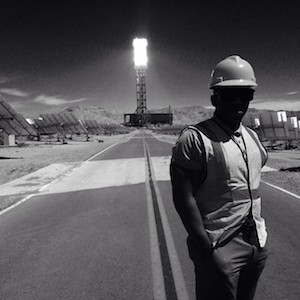 Currently I am a Market Operations and Regulatory Affairs Manager for NRG’s Curtailment Solutions Business based in Buffalo, New York. In this capacity, I oversee all program enrollment, operational performance, and regulatory compliance for NRG’s 20-megawatt dispatchable demand response resource portfolio situated across the six states that comprise New England. In addition to portfolio growth strategy and market interface responsibilities, I also support our senior legal counsel by performing reviews and analyses of proposed federal and state energy legislation and market design changes to assess impacts on our company’s current and future demand response product offerings.

I would say that the most challenging aspect of what I do is coming to work every day and coming to grips with the realization that if I don’t do my job well, there could be serious consequences that could result in negative impacts on the lives of others. Compared to other commodities industries, the nature of the electricity business is unique in that for the most part, there is no such thing as inventory; that is, it is currently impossible to store electricity in large quantities. Electricity must be used at the point that it is generated, and in the instance that there is a scenario in which electricity demand is greater than electricity supply, the result is a power blackout.

On the flip side, I’ve found that the most rewarding part of my job is that working in electricity is somewhat of a levelizing factor in that it has given me the opportunity to establish common bonds with nearly everyone that I meet. I say all the time that despite our various differences with respect to politics, religion, and economic philosophy, I would be willing to bet that most of us woke up this morning, hopped out of bed, flipped a switch, and watched the lights come on. That said, positioning myself as one of the people that actually knows how that phenomenon comes to pass has been extremely rewarding.

I think that the most wonderful thing about the Ivan Allen College is that the faculty and staff have really dedicated themselves to the mission of creating pathways for liberal arts students to fully leverage the strengths of the science and engineering disciplines offered at Georgia Tech. While I focused my graduate studies in international affairs and economics, I was able to also complement my studies with learning opportunities in public policy and computer science, truly rounding out my experience at Tech.

I would say that one of my most memorable experiences as a student of the Ivan Allen College was the opportunity to travel to both Costa Rica and later South Africa as a part Dr. Michael Best’s Technologies and International Development Lab. While at the International Telecommunications Union (an auxiliary group of the United Nations) Global Youth Summit in Costa Rica, my lab mates and I were challenged to develop an application that could be used to address the second millennium development goal of improving primary school attendance and completion rates worldwide. Our SMS and web-based app, Goal Z3R0, was well-received at the conference, and as a result we were invited to demo our application at the International Information and Communication Technologies for Development Conference in Capetown, South Africa, later on that year.

Outside of work I enjoy reading, weightlifting, traveling (I try to visit three or four new countries a year), discussing politics, and just jamming out to music at home. While I lived in Houston, I was a member of a couple of economic development organizations that focused on international trade competiveness and the attraction of foreign direct investment to the region, and going forward, I plan to keep the ball rolling with these efforts in New England as well. One additional fun fact is that I’m also a classically trained violist, and as such I always find time to play in local chamber groups when I can.

My number one piece of advice would be to take advantage of every opportunity, including the ones that seem only the slightest bit related to your future career goals at the onset. I’ve found that often times the most meaningful experiences come from the most unexpected places, and I think that that adage definitely sums up my experiences at Georgia Tech.