Climate, Culture, and Ice: What Arctic Cinema Can Tell Us About a Changing World

Studying the Filmmakers Who Are Changing How We See the Arctic

Indigenous filmmakers, particularly women, are beginning to shatter the myth of a frozen, never-changing Arctic. School of Modern Languages Chair Anna Westerstahl Stenport is one of the world's leading academics studying their work.

Early documentaries such as 1922’s Nanook of the North and even the 1951 alien invasion potboiler The Thing From Another World offer an image of the Arctic as an ever-frozen, never-changing place of mystery that glosses over or distorts the cultures of those who live there.

However, indigenous filmmakers—particularly women, but all spurred by climate change—are starting to change that. Anna Westerstahl Stenport, professor and chair in the School of Modern Languages, is among the world’s leading academics working to help better understand their contributions.

She shares that expertise in courses she teaches as part of the new Master of Science in Global Media and Cultures, which promotes connections between STEM disciplines and cultural, environmental, and social contexts.

“These kinds of connections are necessary to achieve real and impactful sustainability in the Arctic and beyond,” she said.

They also produced an edited volume in 2019 called Arctic Cinemas and the Documentary Ethos. Stenport is now working to finish a new book that will delve more deeply into contemporary Arctic cinema—work that helps highlight the impact on Arctic residents of globalization, increasing resource extraction, international regulation, indigenous governance, and climate change. 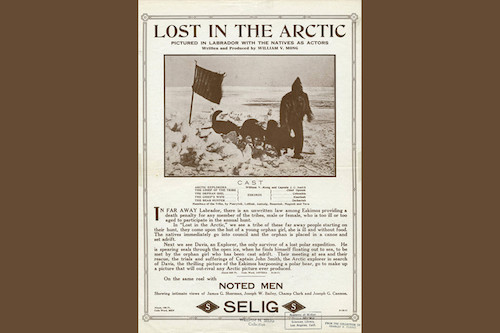 The promotional poster for William V. Mong's Lost in the Arctic tells would-be viewers that "in far away Labrador, there is an unwritten law among Eskimos providing a death penalty for any member of the tribes, male or female, who is too ill or too aged to participate in the annual hunt." Such scenes were stereotypes "sadly repeated in many subsequent portrayals of Inuit culture," Stenport and MacKenzie write in Films on Ice. 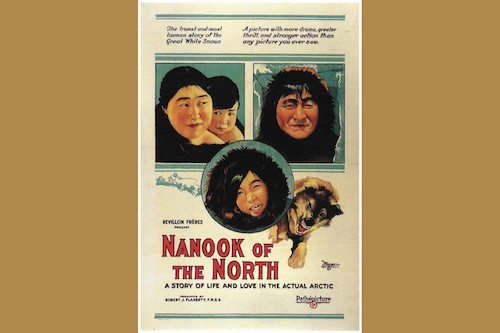 Films such as 1922's 'Nanook of the North' did more to create the mythology of the Arctic than any other film, with its influences felt strongly well into the 20th century, Stenport and MacKenzie wrote in their book, Films on Ice: "The Arctic had to be framed by narratives and images of the exotic other, in order to allow audiences to 'make sense' of what they were seeing." 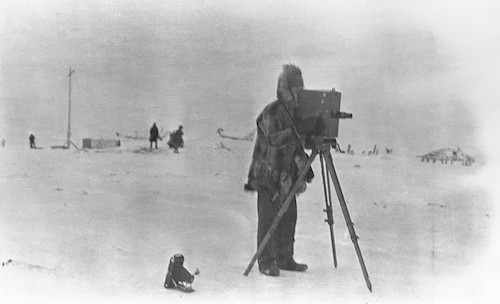 Photographer George H. Wilkins accompanied a 1915 expedition to the Arctic. The 9,000 feet of film he captured of the isolated Inuit people "is among the earliest ethnographic films ever taken" and a "valuable scientific document of the lives of indigenous people in the Arctic," according to Stenport and MacKenzie. (Wikimedia/Canadian Museum of History) 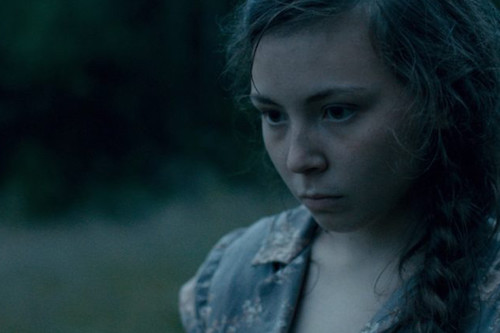 Sámi filmmaker Amanda Kernell’s fiction feature, Sami Blood (2016), premiered at the Venice Film Festival to great acclaim and has since won many awards at festivals worldwide. It showcases the impact of Swedish policies on Sámi communities and efforts to sustainably manage the Arctic environment. (Courtesy Synergetic Distribution).

‘The Right to Be Cold’

“The Arctic is a region of the world deeply affected by climate change with temperatures rising much faster at the poles,” Stenport said. “In addition, films that seek to document global warming often turn to images of ice melting. It’s one of the few ways to visualize climate change.”

Indigenous activist Sheila Watt-Cloutier, Stenport says, has even framed the question as an Arctic Indigenous fundamental human right, “the right to be cold.”

But Arctic filmmakers have a story to tell that goes beyond a melting landscape, Stenport said.

“These films provide an opportunity to talk about climate change not only as a scientific phenomenon, but also as one that is cultural, societal, and political,” she said.

Women Filmmakers Are Leading the Way

Indigenous Arctic cinema production has grown over the past decade, with a flourishing global community exchanging art and ideas across languages and cultures.

“My research counters the idea that this is an isolated area, she said. In fact, it is globally integrated.”

Stenport’s current work focuses on indigenous women filmmakers of the Arctic and their experience navigating an Arctic increasingly impacted by climate change and globalization.

Another example Stenport cites is Nunavut-based filmmaker Alethea Arnaquq-Baril. Her 2016 documentary Angry Inuk focuses on the difficulties faced by Inuit communities over commercial seal hunting, which global environmental and governmental groups have sought to ban.

Stenport calls the film an excellent showcase for what she calls the “global Arctic,” and a refutation of the notion that the region is a remote, isolated place populated by exotic people disconnected from the rest of the world. Instead, Angry Inuk shows indigenous people fighting for an economic and cultural way of life that governments in Europe and the United States have sought to ban. The film also highlights the increasing impact of climate change and globalization on Arctic populations.

“Climate change makes ice and weather, and therefore hunting, more unpredictable, and when you can’t sell what you hunt for market price, it does little to prevent poverty in remote communities; it also increases the likelihood of people having to leave the region or that there will be local support for increased resource extraction in fragile environments,” she said.

“Films like Angry Inuk or Sami Blood help us understand how communities react to environmental changes, what kind of political efforts they may want to mobilize to provide better resources, to mitigate the effects, to construct more resilient communities and to move toward sustainable practices. Women are continuing to serve in leadership roles in these communities” she said.

Bringing the Arctic to Atlanta

Stenport’s scholarship on Arctic cinemas and climate change has been supported by the Social Sciences and Humanities Research Council of Canada and by the Ivan Allen College of Liberal Arts through its Jean Monnet Center of Excellence award in the Center for European and Transatlantic Studies, as well as a Mellon Foundation grant in the Digital Integrative Liberal Arts Center.

Not only do such efforts help better visualize a changing world, they also extend awareness about the needs and interests of a vibrant community, one that for decades lacked access to international media distribution.

“The quality of indigenous filmmaking in the Arctic is astonishingly diverse and rich” said Stenport. “I am thrilled to be able to present these works to Georgia Tech students in the courses I teach, which promotes connections between STEM disciplines and cultural, environmental, and social contexts. These kinds of connections are necessary to achieve real and impactful sustainability in the Arctic and beyond.”

The School of Modern Languages is a unit of the Ivan Allen College of Liberal Arts.