Zeb Rocklin remembers the books sitting on his father’s shelf. Old-looking, thin, but still more colorful than many of the other books his dad owned, the paperback versions of Isaac Asimov’s Foundation trilogy enthralled the teen when he finally hauled them down and read them.

“It was inspiring, that you could understand the world in terms of universal theories and mathematical quantitative analysis, that the world that we actually live in could be neat and orderly and have hidden universal laws out there that were just waiting to be discovered,” said Rocklin.

As it turned out, young Rocklin — partially inspired by his favorite science fiction writer — grew up to be a scientist at the Georgia Institute of Technology. Now he studies soft matter physics, and even uses Asimov to help teach today’s students some of those hidden universal laws he pondered as a kid.

Rocklin isn’t the only member of the Georgia Tech faculty who found inspiration in Asimov, who whose birth 100 years ago will be celebrated on Jan. 2 (the exact date of Asimov’s birth is unclear). Among those who have stories about how Asimov’s writing influenced them or the fields they study are Amanda Weiss of the School of Modern Languages; Peter Brecke of the Sam Nunn School of International Affairs; astrophysicist Ignacio Taboada; Mark Wheeler, the interim chair of the School of Psychology; and Magnus Egerstedt, the Steve W. Chaddick School Chair of the School of Electrical and Computer Engineering.

Of course, it’s not just Georgia Tech scientists who have been influenced by Asimov. The faculty and students who study science fiction in the School of Literature, Media, and Communication (LMC) find equal inspiration in Asimov, a noted humanist whose work mirrors one mission of scholars in LMC: to use literature as a lens to examine the defining social, moral, and ethical issues of our technological age.

“As scholars and professors in the classroom, that’s one of our goals, to use science fiction to teach our students to think about the world and how science and technology can affect it,” said Lisa Yaszek, professor of science fiction studies and director of Georgia Tech’s Sci Fi Lab. “At a university that’s so interested in making sure we produce ethically and morally sound scientists and technologists, that seems really important, and this is a wonderful and simple way to model it for students.”

To a scholar like Amanda Weiss, it’s hard to overstate Asimov’s impact, on science fiction or society.

“His influence has been international, interdisciplinary, and enduring,” said Weiss, an assistant professor in the School of Modern Languages who directs a Vertically Integrated Project focusing this year on how East Asian speculative literature and film address the future of that region.

“Asimov, in many ways, reminds me of Hari Seldon, the psychohistorian in Foundation who predicts what will happen many years into the future and continues to affect society long after his death,” she said. “His Foundation series is a blueprint for intergalactic empire narratives. Without it, I wonder if we would have Star Wars, Dune, Le Guin’s Hainish Cycle, Ancillary Justice, or Red Rising, among others.”

A New Way of Thinking About Technology

Asimov, who died in 1992, was a prolific writer, authoring some 500 books during his lifetime. Many were science fiction tales, but his interests ranged from the Bible to Shakespeare, geosciences to physics, and he wrote many popular science texts that helped bring scientific thinking to millions.

His most famous works were the Foundation trilogy and I, Robot, in which he introduced his famous “Three Laws of Robotics.”

On their face, the laws are meant to be rules for controlling technology. Asimov, however, used them to explore the unintended consequences of technology, and how humanity could overcome them.

For mechanical engineering student Brooke Thompson, a fellow in the Sci Fi Lab, Asimov’s writings even resonate in how she thinks about coding.

“Although not a one-to-one analogue, I have found the process Asimov goes through to connect the logical thoughts of an apparently malfunctioning robot to be quite similar to logically connecting together what a computer is doing when some code you want to run does not output an expected result,” she said. “In a more abstract sense, Asimov's speculations on artificial life also make for useful thought experiments for considering the very real ethical and practical complications that will accompany the continuing rapid advancement of both robotics and artificial intelligence technologies in the world.”

‘How to Create a Better World’

His works continue to inspire discussion in other fields as well. For instance, Peter Brecke, an associate professor in the Sam Nunn School of International Affairs, drew direct inspiration from Asimov in pursuing his career as a data-focused social scientist.

“I wanted to build something like the Prime Radiant and the Seldon Plan in order to figure out how to create a better world,” he said. “I wanted to create a computer simulation of the world that empowered us to make and explore what-if scenarios in terms of different possible policies and their implementation and impacts.”

That led him to MIT and eventually to Germany to work on the first global model with political processes, GLOBUS. Since 2011, he has been working on historical-data science.

“Whenever I presented at a conference about global models or conflict early warning, if I would mention that my work was inspired by the Foundation trilogy, I would see many heads nod,” he said. “While Asimov’s details about the Prime Radiant or Seldon Plan, as scarce as they are, did not shape any global model’s design, the concept of social forecasting was truly visionary.”

A Diverse Take on Asmovian Ideas

Asimov is credited with helping inspire countless science fiction writers and build the popularity of a genre that is now marked by enormous diversity. To learn more about these varied voices, the faculty of Georgia Tech’s Science Fiction Studies program have selected “Six Things to Read for Science Fiction Day,” also known as Isaac Asimov’s birthday. These titles explore themes familiar to Asimov’s readers, and many were written by or feature emerging or marginalized voices and characters—including the female writer who inspired Asimov himself.

Learn more about these selections in the Ivan Allen College of Liberal Arts feature, “Six Things to Read for Science Fiction Day.”

‘It’s About the Consequences’

One reason Asimov’s stories still endure is they were written during a time, not unlike our own, when our relationship with technology was … complicated. Asimov offered a hopeful, human-centered vision of a technological future, Yaszek said.

“In the moment right after World War II when we were really beginning to doubt the goodness of our science and technologies, Asimov insisted that we wouldn’t necessarily always program the worst of ourselves into these things,” Yaszek said.

“Probably the most important thing that Asimov brought to science fiction was a new understanding of robots and the potential relationship between humans and machines,” Yaszek said. “He introduced us to a very different kind of robot, the friendly robot, the helper robot, the robot who will move with us into the future and help us create a new and better future.”

Not all of his stories were optimistic, of course, but still carry important reminders about the interplay of science and society. Take “Nightfall,” the story of scientists racing to collect observations about the nearing eclipse of the planet’s multiple suns, which have provided them uninterrupted daylight for more than 2,000 years.

In the end, the scientists fall prey to the madness they predicted, but less because of the darkness than the millions of stars only the planet’s religious cultists had predicted.

“It’s a fantastic story because it dwells on understanding the consequences of scientific knowledge in society, which is really what science fiction is about. It’s not about the science,” said Taboada, the astrophysicist. “It’s about the consequences on people.”

How Isaac Asimov Inspired Them 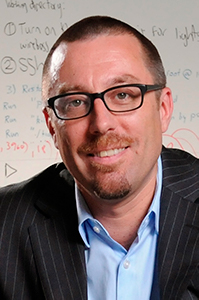 How Asimov influenced him: “I have been very fascinated by his ‘psychohistory’ from the Foundation trilogy, where the idea is that even though people are individually super complex and even messy, taken together across truly large numbers, they can be understood and even analyzed. As someone who does swarm robotics, I am looking at trying to formalize these types of ideas, where lots of robots that are individually ill-informed and have limited cognitive capabilities, can come together and solve complex tasks in a predictable manner as a collective.” 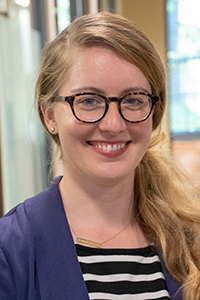 How Asimov influenced her: “As a cultural studies scholar, I find the ways Asimov’s ideas are mixed and remixed across cultures and fields endlessly fascinating. I recently re-read his famous short story “Nightfall” and was struck by how much it shared with Chinese author Liu Cixin’s Three Body Problem. Both deal with societies that collapse as a result of astrological change—irregular orbit of stars in one case, an unexpected eclipse in another. You can hear a sort of echo of Asimov’s story in Liu’s work, although it is separated from Liu by time, language, and culture.” 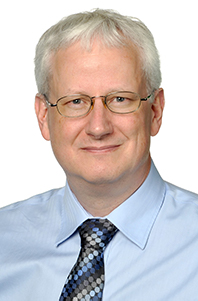 How Asimov influenced him: “I just remember being fascinated with Asimov’s notion of ‘psychohistory,’ the idea that somebody could predict the rise and fall of civilization using mathematical approaches. That got me interested in the idea of prediction, of looking at human behavior and trying to predict what people are going to do in the future.” 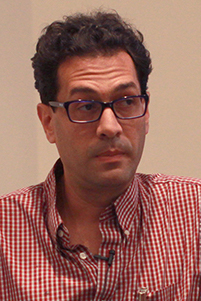 How Asimov influenced him: “I began to think about becoming a physicist probably sometime around the age of 10. Reading Asimov definitely pushed me in that direction.” 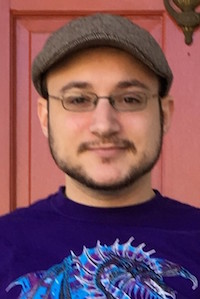 How Asimov influenced him: “As an aspiring writer both as a kid and now as an adult, I've always taken enormous inspiration from his work and ideas. Knowing that he was also Jewish only added to that, and it was comforting, especially as a kid, to know that someone from my tribe could become such an influential author.” 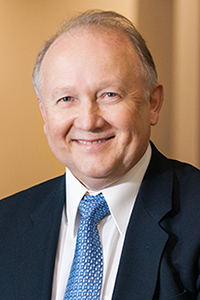 How Asimov influenced him: "Asimov’s Foundation Trilogy shaped a very large portion of my career. I read it during the summer of 1975 after I had given up my dream of being an astronaut (I lack what the testing people called “static balance”), and I had no idea of what I wanted to do anymore except that I liked the social sciences and thought they were important. Upon reading the trilogy, I resolved to myself that I wanted to see if I could do in my lifetime something like what Hari Seldon did."

Did Isaac Asimov’s writings play a role in inspiring you to study science, explore our technological age through literature, or perhaps write your own fiction? Share your story on Twitter using the hashtag #Asimov100.