About a decade ago, researchers noticed an interesting phenomenon: the share of black Twitter users was significantly higher than the percentage of black internet users overall.

While they are not the majority of Twitter users, black users are a vital voice on the social media platform, so much so that the community has earned an informal name, Black Twitter, and wide recognition as a powerful cultural voice.

André Brock, an associate professor in the School of Literature, Media, and Communication (LMC) at the Georgia Institute of Technology, has made a career of studying the intersection of race, culture, and technology. One of his major contributions to the field has been an analytic technique he calls critical technocultural discourse analysis (CTDA), which seeks to help explain the discursive and meaning-making capacities of technology.

His new book on the subject, Distributed Blackness, was released Feb. 25. We recently visited with him to discuss his research at LMC, a unit of the Ivan Allen College of Liberal Arts.

Black Twitter serves a similar function as informal gatherings of black folk anywhere. It’s a space where mundane black folk can recover, rejoice, or rage without worrying about the gaze of people who have power over them. It also occasionally transforms into a counter-public sphere where issues germane to the black community, and by extension to the U.S., become visible without the gate-keeping of the media or cultural institutions, or the silences of government authorities.

Black Twitter really became noticeable in 2009, because of an event that most folks would not have paid attention to, the BET Awards. Black people who had finally begun to congregate on Twitter were really excitedly talking about and making fun of this particular ceremony, and that brought the attention of the trending topic algorithm and to a wider audience that otherwise would never have seen them.

You have written that not only is Black Twitter a cyberculture that facilitates easy conversation, but also contradicts the notions that technology is culturally neutral, and that white use of that technology isn’t the standard.

One of the major claims of my book is that black people are natural practitioners of the digital, because many people don't think we are. White racial ideology encourages the belief that only white folks use digital technology in appropriate ways. One result of this is that the default internet user is assumed to be white, male, middle-class, Christian, and heterosexual. Black Twitter’s expert digital practice is an emphatic counter to Westernized technical identities without being exoticized and deemed foreign like the Arab Spring. It is as American as sweet apple pie, collard greens, and fried chicken. 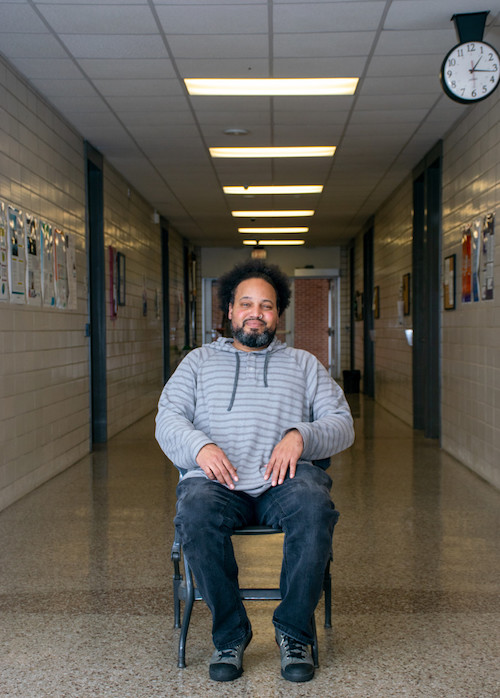 How has Black Twitter's influence been felt?

You’ve developed an analytical tool to help you unpack these issues. Tell us about CTDA.

Technologies create users through discourses, through practices, and through materiality, while people bring their understandings of self to those practices. As an example, today’s smartphones have a generic design, meant to be held in the hand while capturing the eye with vibrant colors and motion. Because they’re one-handed and mobile, they are not seen as productivity devices like the keyboard and monitor combination inherent to desktop and laptop design, which require two hands, a seated position, and imply a seriousness of purpose. Similarly, people bring their beliefs about themselves to technology use. For example, Apple users are commonly derided as “sheep” following fashion trends, as unsophisticated technology practitioners, and as being more interested in consumption than serious productivity tasks.

CTDA was designed to capture both sets of these attitudes and design principles. It allows researchers to move past functional understandings of technologies to instead examine a more holistic technology paradigm integrating the tech artifact, the tech practices, and the beliefs about the technology.

Where do you go from here?

I want to get back into looking at video games. I haven’t talked about them in almost a decade now, and the issues of representation have really changed in terms of black characters. But as long as people keep inventing new things for us to be social with and new digital spaces, I'll have a job that I love.

Tell us about the Black Media Cluster taking shape here in the School.

So the Black Media Cluster was (former Ivan Allen College) Dean (Jacqueline) Royster’s idea. She wanted to enhance LMC’s connection with technology, the arts, and the black mecca that is Atlanta. Georgia Tech’s location in the middle of the city is valuable, while the technical capacities available to us — through interactive computing, through computing, and through engineering — benefit our research. In return, black media studies can provide those departments with immense critical and analytic capacities revolving around locating culture in technical and technocultural enterprises. Our work offers a compelling path towards understanding the values we build in and the values we seek to elevate in technology as a whole.