Changing the Lens on Poverty Research 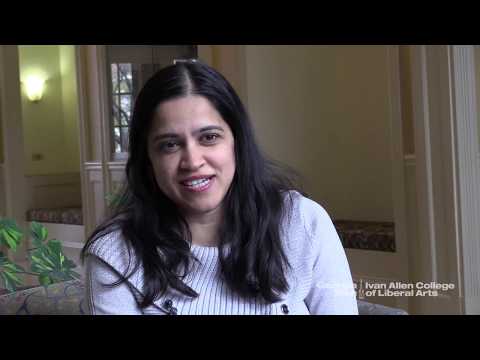 Shatakshee Dhongde, associate professor at Georgia Institute of Technology, found that 12.27 percent of senior citizens were deprived in two or more crucial areas, including multiple disabilities, low income, a lack of education, and severe housing burden.

Dhongde said the research illustrates a shortcoming in the official measure of poverty in the United States, which focuses solely on income. The federal government reported that 9.5 percent of older Americans were living in poverty in 2013. That is below the 12.3 percent rate found in Dhondge’s multidimensional poverty index.

According to Dhongde’s research, nearly four in ten older U.S. residents reported being deprived in at least one of the four categories: multiple disabilities, low income, a lack of education, and severe housing burden.

Moreover, many of those living with multiple deprivations were not income poor. For instance, 3.6 percent of seniors experienced both multiple disabilities and severe housing burden, but would not appear in official poverty statistics because their income was above poverty line threshold.

The study draws on the 2013 edition of the U.S. Census Bureau’s American Community Survey, which includes detailed data on economic, housing, educational, and healthcare circumstances of people living in the United States.

By examining multiple areas that can affect a person’s quality of life, Dhongde says the multidimensional poverty index can provide better insight into the population’s broader economic condition. It can also give policymakers tools to gauge where best to focus limited resources.

The research follows up on a groundbreaking 2017 paper, "Multi-Dimensional Deprivation in the U.S.", that Dhongde co-authored with Robert Havemen of the Institute of Research on Poverty at the University of Wisconsin-Madison. In that paper, Dhongde and Haveman showed that during the “Great Recession” which gripped the United States economy from 2008 to 2013, nearly 15 percent of working-age U.S. residents were deprived in at least two of the measures.

Most of those in the study who were multidimensionally deprived were low-income earners whose incomes exceeded the poverty line.

That paper was the first in the United States to take a comprehensive look at multidimensional poverty at a national level, but similar techniques are taking hold internationally.

For instance, her research shows that people with little education are more likely to have health issues. This suggests that policy makers could address literacy as a way to help people make better health choices — and hold down the spiraling cost of health care.

New Areas of Study to include Transportation

Dhongde is now working to extend the research model to other fields that could benefit from such analysis.

She is currently working with Laurie Garrow, a professor of transportation systems engineering in Georgia Tech’s School of Civil and Environmental Engineering. Garrow is interested in developing a transportation deprivation index to help guide transit decisions — particularly in rural areas.

“As transportation engineers, we have regulatory requirements to ensure we are designing public transportation systems in ways that are fair and equitable for all individuals,” Garrow said.” By better understanding how transit dependency characteristics, such as income, employment, disabilities, etc., are related and how these characteristics are spatially distributed, we can design public transit services to better meet individuals’ needs.”

Dhongde said such a tool might use data sets to produce a comprehensive evaluation of transportation factors such as access to private cars, availability of mass transit, and even how often public transportation is available, and how far people have to travel to get groceries or go to school.

Shatakshee Dhongde is an associate professor in the School of Economics. Her research has focused on studying the impact of globalization on economic growth and income inequality and measurement of poverty and multidimensional deprivation. She was awarded the Nancy and Richard Ruggles Prize by the International Association for Research in Income and Wealth in 2012. The award is given for the best research paper by a young scholar under the age of 35 and her work has been published in leading economics journals.