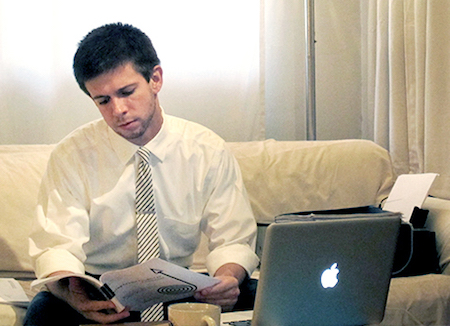 Degree
M.S. in the History and Sociology of Technology and Science 2011
Career
Consultant for the Bureau of Ocean Energy Management (BOEM), U.S. Department of the Interior

I worked at an energy consulting firm, Wood Mackenzie, in Houston, Texas, for about a year before deciding to take on my current project full-time. As a consultant for the Bureau of Ocean Energy Management, I am independently writing two large reports covering the history and policies of deepwater drilling in the Gulf of Mexico from roughly 1975 to 2010. I am currently dividing my time between Houston, Texas, and Charlotte, North Carolina.

In February 2014, I was doing some research in the National Archives on the agency that regulates deepwater drilling. While going through several taped-up boxes that had not been opened by any person in 20 years, I found a letter that was sent by one of my former bosses at the Oil Spill Commission. I emailed a photo of the letter to him, which sparked his memory and led to a long discussion about how things used to be back in the 1980s in Washington.

As skills that translate from Georgia Tech into the workplace go, the thing that deserves first mention is the importance of writing. It is central to my current job, but even when I was working in a data-heavy consultancy job, knowing how to write well and with pith is a skill that has commanding power in the workplace. In my current job, I am writing what is essentially a history of technology, which is precisely what I went into the Ivan Allen College to study. The education in that field that HTS provides is unparalleled, and it has helped me use my status as a budding historian and policy analyst to begin working almost immediately in my field of choice.

My time in the Ivan Allen College has been absolutely fundamental to my success. My big break came when I was only halfway through the program, in large part because of the school's excellent reputation.

My time in the Ivan Allen College at Georgia Tech has been absolutely fundamental to what success I’ve had since graduating. In fact, my big break in my field came when I was halfway through my two years of the program, in large part because of the excellent reputation of the school and the HTS program.

I am becoming more and more of a history nut every day. So I’m certainly spending a great deal of time reading. Otherwise, I’ve taken advantage of my recent time spent in western North Carolina to do some hiking along the Appalachian Trail. I am two years into the esteemed position of uncle, to my delightful niece, Sadie! The only television show I watch with regularity is the political talk show Hardball with Chris Matthews — I can’t help but follow politics closely.

Advice to Current and Future Students

Don’t discount the importance of the oddball class that you have to take to fulfill a requirement, whether it is on poetry or large Russian novels that are thick enough to be used as doorstops. Those courses can often provide you with surprising and great insight into your core studies. 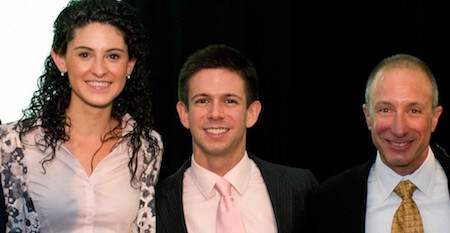 Joel Hewett was awarded the Ivan Allen College Legacy Award in 2011, in recognition of his work as an intern for the Carter Center.

Hewett's work on electronic voting procedures for countries struggling towards democracy led to his recruitment as a researcher for the National Commission on the BP Deepwater Horizon Oil Spill and Offshore Drilling.