School(s)
School of Literature, Media, and Communication
Title
Assistant Professor
Statement of Expertise
Expert in the folk practices and cultural traditions of communities of color, with emphasis on hip hop, design theory, and the American South and how these traditions inform secondary and post-secondary humanities, engineering, and computational media ins

Embedded in hip-hop is technological innovation. It takes something and completely turns it into something else. That’s innovation and technology.

She is known for her use of hip hop and design theory in her computational media and humanities classes at Georgia Tech, a technique she was among the first to use while teaching in the Los Angeles public schools.

An Emmy-nominated documentary film producer and frequent contributor to The Bitter Southerner, she can comment on pop culture stories, Atlanta hip-hop, and hip-hop’s intersection with politics and culture. She also can discuss the cultural histories of civil rights and social justice in the South, educational anthropology, technology and culture. She also is available to discuss stories broadly related to the digital humanities and computational media, including interactive narrative, digital archiving, and experimental digital media. 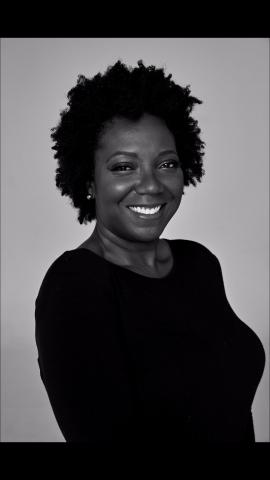 Amid Proposed MARTA Name Changes, A Look At The History And Cultural Importance Of 'Bankhead' | GPB

An Age of Empowerment | Georgia Tech

The Life and Legacy of Martin Luther King Jr. | WABE

Georgia Tech Is Offering A Course In Outkast Lyrics, Trap Music, And Social Justice | The Fader