A kind of neo-medieval thinking, focused on the restoration of autocratic monarchy and the supremacy of the Orthodox Church, has been gaining prominence in Russia. Putin’s fire-and-brimstone rhetoric may actually reflect the mindset of these fundamentalists, who view nukes as a ‘practical solution’ to the world’s problems.

Khapaeva’s scholarship focuses on the intersection of cultural studies, memory studies, medievalism, history of emotions, and death studies. She has written articles on topics as varied as Vladimir Putin’s desire to return Russian politics to the Middle Ages and how the Harry Potter series and other fantasy media elevate wizards, vampires, and monsters over humans.

She can comment on stories involving culture and politics in modern Russia, representations of violent death in Russian and American culture, Russia literature, including during the Soviet period. 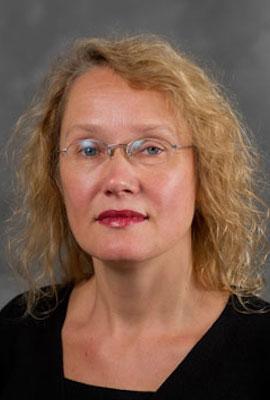